Jane McGonigal, the game theorist and author, describes games as sharing four traits: a goal, rules, a feedback system, and voluntary participation. While nothing in that description refers to mobile apps, there are a number of benefits for event organizers that use them. In fact, when education, collaboration, engagement, and networking are the goals, mobile game strategies can be highly effective.

In her book, “Reality Is Broken: Why Games Make Us Better and How They Can Change The World,” McGonigal describes the many benefits of game play. She writes that games deliver happiness and can be more satisfying than work. Game play makes it easier for players to accept failure, succeed, create stronger connections, and become part of something bigger. Games also allow organizations to address specific problems and uncover new ideas. 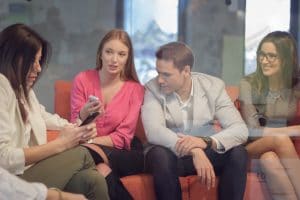 Using mobile devices and apps as the centerpiece of an event game strategy makes perfect sense. Most conference-goers bring at least one mobile device with them to events. It’s safe to assume that those who have smartphones and tablets know how to use at least the basic features. Having an audience familiar with the use of mobile devices minimizes the learning curve, helps to ensure that the game is accessible for most players, and streamlines the collection of data from game play.

While mobile event app developers are becoming more creative, there are a number of standard game strategies from which event organizers can choose:

Scavenger Hunt. The concept of gathering clues and performing tasks in different locations with the goal of earning points or finishing first has been a staple of event game strategy for years. It is familiar to potential players and relatively easy to implement. Several event-app developers provide off-the-shelf scavenger hunt games. When the hunt requires critical thinking or knowledge of a specific topic, these games can help educate attendees. Scavenger hunts can enhance collaboration when teams are involved.

Passport. In the original passport game, participants visited trade show booths to collect ink stamps or signatures on a paper card. In the mobile version, players use their devices to scan QR codes in exhibit booths. When executed well, mobile passport games can be a revenue stream for event organizers (exhibitors pay to be included in the game). They can increase visits to specific booths, helping to spread traffic out across the show floor, and give exhibitors an opportunity to engage with new prospects.

Social Buzz. Some event organizers have begun developing their own games in which players are motivated to share experiences through photos, tweets, and videos on social media channels. In the JiveWorld Game Series, event organizers designed multiple contests for attendees. Participants were asked to perform tasks, share photos, and tweet about the event in exchange for digital badges, entry in a special drawing, and a chance to win iPad Mini devices. Jive achieved a measurable positive lift in social media, and the viral nature of the game enhanced adoption. 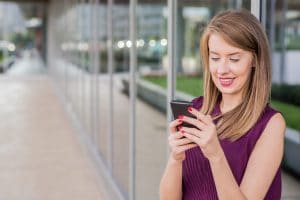 Trivia mobile game can help keep attendees engaged even while they are away from the event.

Trivia. Games that let players demonstrate their knowledge of a topic by answering questions are a natural for mobile. In an education session, a speaker can ask audience members to answer a specific question and reward the first correct respondent. Some apps prompt teams to answer a series of questions and award points to the team with the most correct answers. Trivia is a very effective strategy for fostering learning and collaboration.

Ice Breaker. Networking at a conference is easier when attendees know each other. For them it’s a matter of reaching out via email or text to set a meeting time and place. But, for attendees interested in engaging people they don’t already know, games can help. Networking games require participants to search for and connect with peers by following clues. Leaderboards track their progress. These types of games can help attendees who are less connected or shy away from the interaction of a face-to-face event.

While games have been shown to work successfully in the event space, Game strategies of any kind can fail. Games can be annoying if only some of the attendees are playing. They can also be too complex or boring or broken. Game strategy for events differs from games strategy in business or outside a business conference. The window for execution is small at an event, so getting it right is important. Here are some resources that can help you learn what works, what doesn’t, and a list of the best attendee engagement mobile apps of 2015.

Release your inner Gamer for your next event!