ESPORTS: THE AV INDUSTRY’S NEXT ADVENTURE

For decades the AV industry has grown up around three basic marketplaces: trade shows and conferences; concerts and sporting events; and more recently experiential marketing events, like pop-up stores, road shows and national activation events. But there is a new marketplace on the frontier, one that is evolving so fast that only proven AV experts can compete, eSports.

Esports, or electronic sports, is a billion-dollar baby born of the video gaming industry. It’s growing so fast and unexpectedly that major brands are scrambling for a foothold in its lucrative advertising space. It’s the first major marketplace driven almost entirely by the much-anticipated Generation Z, the first generation to virtually exit the womb with a mobile device in hand.

In just the last couple of years, the production level of many eSports tournaments has come to rival that of major sporting events and concerts. In fact, just this past summer one of the biggest eSports events ever took place at a traditional sporting venue, Arthur Ashe Stadium in Flushing, New York. Before those three days in July when Epic Games hosted the Fortnite World Cup there, with a $30 million purse, Ashe Stadium had been home to a decidedly more analog game, tennis.

Ashe is not a new venue, so to see it transformed for the Fortnite event was inspiring. According to a report about the event in the New York Times, Epic Games chose the U.S.T.A. Billie Jean King National Tennis Center in Queens, where Ashe Stadium is the main court, “because its acres of grounds could support an immersive Fortnite festival that felt quite different from the typical ‘sponsor activations’ seen at sporting events.” The stadium is shaped like a funnel, designed to keep the eyes of tennis fans focused down at Center Court, making box seats the most valuable seats in the house. But at the Fortnite event the hottest seats were mid-level, eye level with the ginormous, multi-tiered, 4k digital display stage that filled the center of the funnel and weighed almost a quarter of a million pounds, according to the Times.

With eSports, the challenge for AV companies lies in converting a mostly analog venue into a fully immersive experience. And because there are so many integrated moving pieces involved in an eSports event – many more than a traditional sporting or concert event – just supplying AV equipment is not good enough. To compete in the eSports marketplace, an AV company must offer more than a mastery of lights, sound and visual displays. It must also have mastered large-scale computer networking and live streaming.

Going back to the Fortnite World Cup as an example, in the Solo round there were 100 players on display simultaneously. Each player had his own cockpit equipped with the latest gaming technology. Keeping those 100 players up and running with minimal glitches was a feat worthy of a prize in and of itself, because the rules of the tournament dictated that 5 players going down would trigger a do-over. 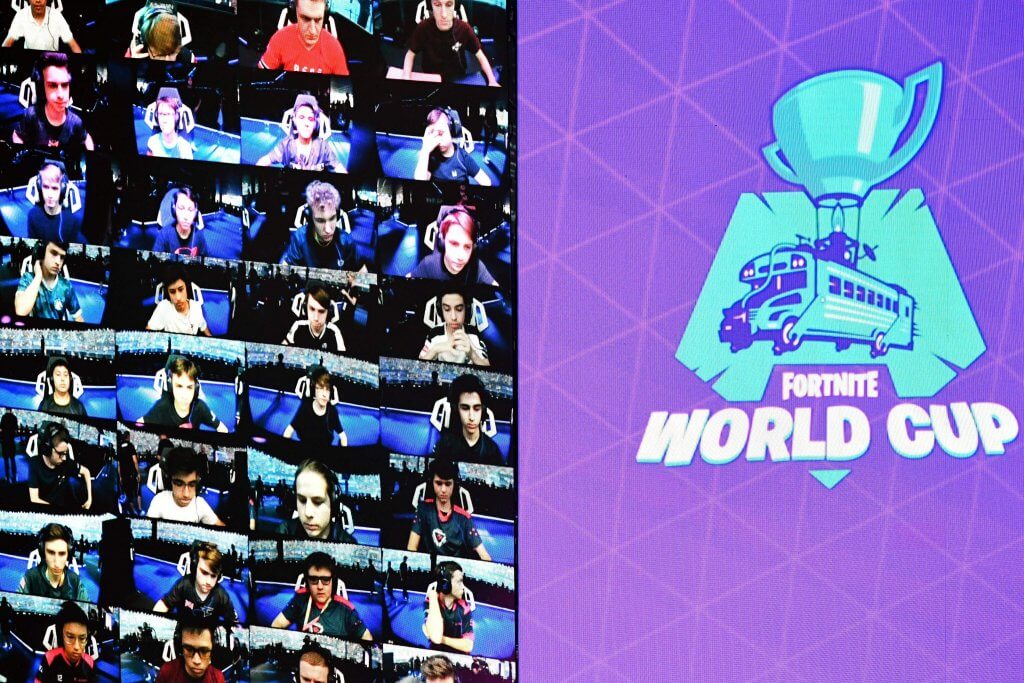 Players competing in the final Solo competition of the Fortnite World Cup, July 28, 2019

The success of the Fortnite World Cup 2019 signals that the future is bright for the AV industry, especially for companies like SmartSource Rentals, with a broad portfolio of experiential marketing success and large-scale computer networking expertise.

While growth in the trade show industry has topped off at about 2 percent in the last several years, and concerts and sporting events offering little opportunity for innovation, the only place left for the AV industry to draw fresh revenue from has been the experiential marketplace, until now. The emerging billion dollar eSports market offers new revenue opportunities for AV companies that do more than just lights, sound and displays. The ability to integrate traditional AV with large-scale computer networking and live streaming will be the differentiator necessary to compete in this new segment.

Will you be at the Esports Business Summit later this week? Visit our parent company, ABCOMRENTS, at Booth 915 to learn how we can transform your analog venue into an immersive digital experience at an affordable price.