Meeting planners have lots of choices to make when placing their events in hotels. Some of the demands that hotels make are non-negotiable. Using an in-house audio-visual service provider is not one of them. In most cases, planners are entitled to utilize the services and expertise of a preferred, third-party AV contractor. They have certain “rights” which they can express during the contract negotiation process.

PLANNERS HAVE THE RIGHT TO: 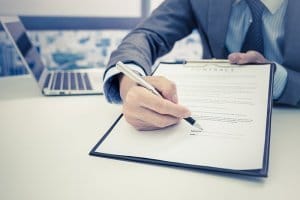 Ask the hotel whether or not the use of an in-house AV company is negotiable. Some hotels are firm in their requirement that all meeting organizations use in-house providers with whom they have profit-sharing arrangements. Asking whether AV is negotiable while the property is still under consideration is one way to determine whether a hotel is suitable for a specific program.

Bring in a third-party AV contractor at no extra charge. Most hotels allow the use of an outside AV company but will assess surcharges or markups on other services to recoup the commissions to which they are entitled with an in-house AV provider. Planners have to be diligent about their negotiations where this subject is concerned.

Remove the contract clause that requires the use of an in-house AV company. Many hotels include a provision that prohibits the use of outside contractors or only allows them if a surcharge is paid as part of their “boilerplate” contract verbiage. Planners should look for this clause in the contract.

Replace the contract clause requiring the use of an in-house AV company with one that allows the client to bring in its own contractor at no extra charge. Meeting organizations should have their own clause, which has been approved by an attorney, to protect them from surcharges and give them more choices when selecting AV providers.

Require transparency of all hotel charges. Some hotels compensate for lost revenue on in-house AV services by offering other hotel services, such as WiFi, at a higher cost. When negotiating to have their own, third-party AV company, planners should request pricing on all other hotel services, surcharges, fees, and taxes to determine whether offsets in one area are being recouped in another and negating any gains in negotiation.

Walk away from a property that can’t accommodate the planner’s AV requirements. Sometimes, the use of a third-party AV company is negotiated on a national level by the meeting organizer, and planners don’t have the latitude to negotiate with a specific hotel on AV service providers. In other cases, hotel policies don’t allow for much negotiation. Either way, planners have the right to remove the property from consideration.

AV services aren’t a priority for all meetings. But when they are, negotiation is the best way for planners to protect their budgets and the quality of their programs. Read The Nuances of Negotiating AV Services with a Hotel from SmartSource Computer & Audio Visual Rentals to learn more about how to stand firm on getting the best AV company for your meeting.